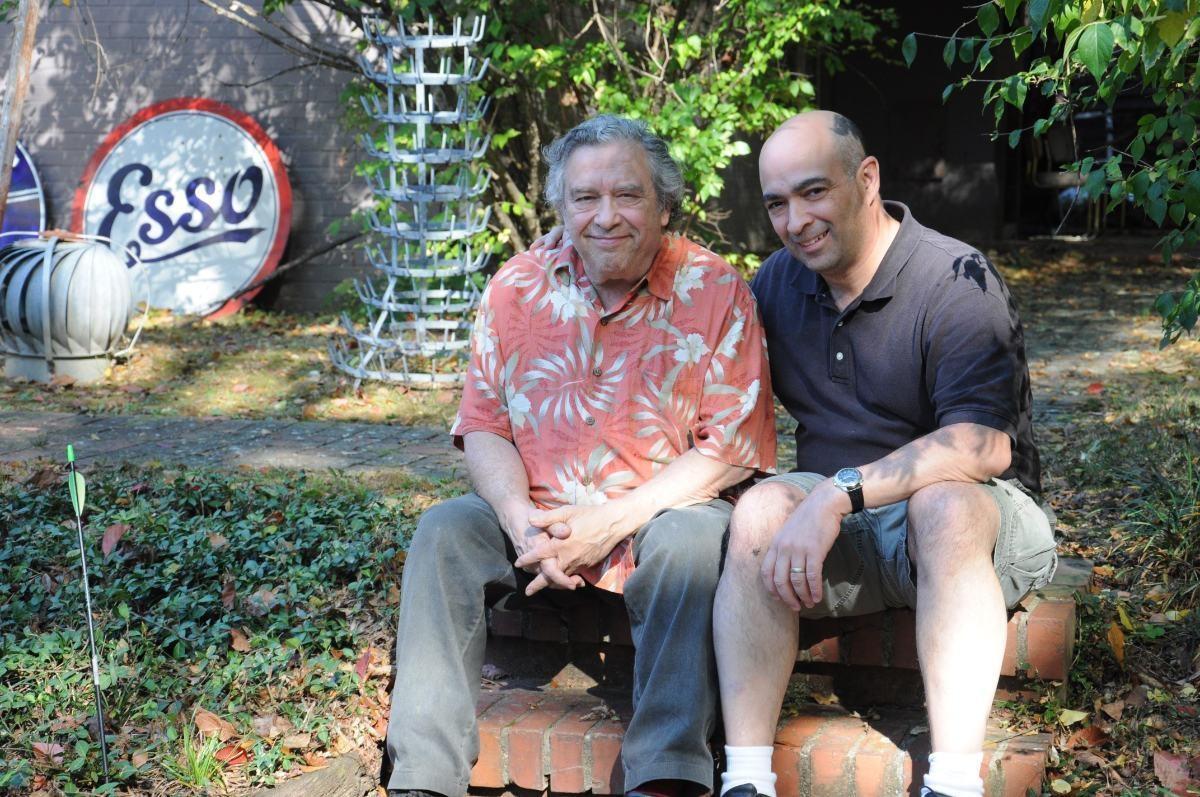 Published at RoadsideOnline, October, 2012, as part of the Rough Draft Roadtrip series about driving to Nashville to meet with John Baeder.

I left Nashville after almost another full day with John. From there, I expected only to see and photograph the Wigwam Village, not actually stay there. This motel serves as a kind of Mecca for roadside nuts, and the first thing they ask when you walk in the main teepee is, "Do you have a reservation?" Cave City is loaded with motels, some looking rather welcoming, but nobody had as many cars parked as the Wigwam.

I got lucky. There was a cancellation. I stayed in Wigwam #1, only $55/night. No telephone. Spartan, but clean. Dripping in charm, and a perfect setting to ponder my recent experience with John Baeder while still fresh in my mind.

John Baeder's position within the diner-enthusiast community borders on god-like, but you can take that, throw in a buck fifty and get yourself a coffee at Starbucks. Visiting with John in his own environs gave me a clearer sense of John's broader talents as an artist beyond what most diner enthusiasts understand. John surely blazed a path, since no one we know of thought to elevate the lowly diner as an object d'art before he came along. By the early 1970s, the restaurant industry had more or less condemned the these buildings to obsolescence when John started snapping photos of what he found on his Sunday drives through the neighborhoods of New York and out along country roads.

Spend some time with John or read his prose and you'll understand that it takes more than just luck, technical ability, and timing account for his success. I would never bet on John as the one who invented the diner painting. Perhaps in some closet or attic somewhere, we might someday find paintings of diners that actually predate John's efforts. And yet, I suspect that these works would lack the one ingredient that transforms them from painted versions of photographs to true works of art: A good story.

No doubt that John's position as an art director in a major advertising firm in the greatest media city in the world put him in the position to make connections and get a sense of the trends. However, even that wouldn't insure a position as a celebrated figure in either industry. The pudding must be proven.

If you didn't know John for what he does, you'd still find yourself seduced by his resonant voice, his disarming Southern drawl countered by the wild, dangerous glances he shoots to emphasize a point — or deliver a punchline. He is a raconteur and an unabashed flirt. John won't make the cover of GQ anytime soon (though he had model looks and physique in his youth), and yet women can't seem to get enough of him. (The feeling's mutual, by the way.) He has a way about him, and though I have seen John holding court at gallery and museum events in New York or in Boston, seeing him in his own element adds a new dimension to my impression of him.

Those who have no particulary affinity for diners show an unmistakable respect for the man. Others seem to recognize him not for the luminous oil paintings. They respond, as I do, to the color and light he brings to the room.

No, you will not likely see John's name carved into the pantheon of modern American artists that might include Pollack, Wyeth, Benton, or Rockwell, but I wouldn't bestow my estate (if I had one to bestow) to fund the construction of an art museum's new wing unless it did exactly that. John's body of work celebrates a tragically underappreciated aspect of our culture — the creative promotion of automobile-based commerce. Or to put it more simply, the mom & pop trying to make good. Or more hiply, the cool roadside attraction.

I came to Nashville hopeful to spend a mere hour or two with him, happy just to have lunch. In the end, he shared a day and a half of his time. We talked. Drove around. Looked at stuff. Met his friends. Wherever we went, deference was paid and returned with unlikley, but utterly "John-like" expressions of gratitude. On the way back from dinner, we made a side trip to put a box of chocolate chip cookies in a friend's mailbox at ten at night. "It's something we do for each other," John explained.

Curiously, most of the conversations centered around food. John and I shared lunch at an Indian restaurant with his friend Tom Ryan, a graphic designer who met John while working on the annual reports for Cracker Barrel, which frankly were too beautiful for the likes of that place. John and I did a little tour of downtown Nashville, ripping itself up again for the mammoth expansion of its convention center. We took a drive up a couple of John's favorite commercial strips, which at one time had provided John with plenty of subject matter for his paintings, but has since seen its prosperity get sucked up by the further expanse of regional sprawl.

In between the lunches and the dinners and the driving, we sat at his kitchen table and shared stories of the road, of the diner community, and the absurdity and awfulness of the McRib sandwich. Whatever the topic, I did my best to mosty listen. John's stories always trumped mine, anyway. He's led the dangerous life. Great artists do. His past is peppered with youthful wrecklessness, with torrid and frequent romance, with art world battles royale, and with crafty self-promotion. My life has so far been as tame as a sleeping kitten by comparison.

He didn't come out unscathed, but for the same reason a dented, weathered, but well-preserved diner will get my business before any brand new, palatial DeRaffele, I value the history, and if a good story is gold, then John just might be the richest man in the world.